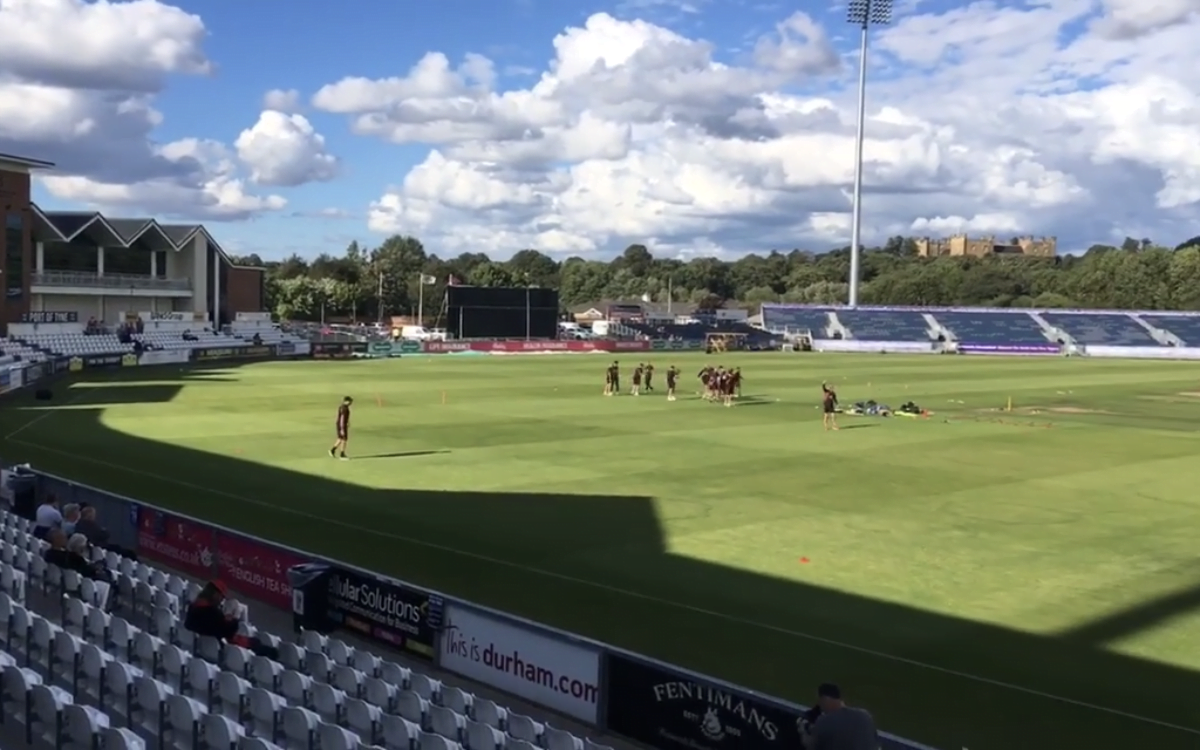 Yesterday two separate BATFAST teams headed North for Vitality Blast fixtures at Derbyshire CCC and Durham CCC. The Derbyshire Falcons faced the Northamptonshire Steelbacks while the Durham Jets hosted the Leicestershire Foxes. The fan zones were as busy as ever, with high attendances at both games. Our events team loves Vitality Blast fixtures where fans are passionate about their county side and enjoy getting involved in batting for themselves on our simulator.

Derbyshire won the toss and decided to bat first in what proved to be a high scoring game. Godelman led the charge opening with 77 runs from 55 balls. His effort was helped by Madsen who hit 38 from just 21 at a strike rate over 180. Derbyshire finished on 177-6. This total created scoreboard pressure for Northants who would have to score at nine runs per over to win.

However, Derbyshire struggled to take wickets in the run chase. This allowed Duckett and Cobb to strike 41 and 73 respectively.  Northants also benefitted from 15 extras. Overall they chased the target down with ten balls to spare, finishing 179-3. This will be a huge relief for Northants as it was their first victory of the tournament. By contrast, the Derbyshire Falcons currently lie 5th, one place outside the top four that qualify for the quarter-final, so the next few games will be crucial. The BatFast team will once again be at Derbyshire this Saturday when they take on the Leicestershire Foxes at home.

Durham batted first and posted a score of 156-6. This was thanks to a number of contributions from batsmen in the team. A particular highlight was opener Latham who converted his start into a half-century. He scored 52 runs from 48 balls striking four boundaries. Parkinson recorded the best bowling figures for the foxes with 1-16.

In reply to 156-6 Leicestershire got off to a bad start. None of the top three batsmen scored double figures, which made the run chase an uphill battle. Durham had Rimmington to thank for this who took three wickets in the match. Leicestershire finished on 142-6. This was 14 runs short but they wouldn’t have got close to Durham’s total if it was not for Ackermann who hit 74 and can be proud of his efforts. The match leaves Durham top of the North group having won four from their last four home matches. 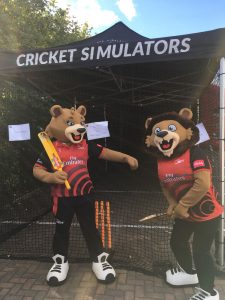 The Durham mascots having fun on our simulator

If you want to try our simulator again then don’t worry as BatFast will be back at the Emirates Riverside on Sunday, where Durham face the Lancashire Lightning. Fans also have the chance to win a holiday to Dubai thanks to Emirates https://bit.ly/2vwIIBn