After 20 years, cricket’s biggest tournament, the ICC Cricket World Cup returns to its original home in England. Much has changed in world cricket since Lords last hosted a World Cup final but everyone at BatFast is looking forward to bringing cricket to the people this summer.

The ten teams that made it

The defending champions, Australia, rejuvenated by an in-form Steve Smith and dangerous David Warner will look to inspire their team to retain the trophy. However, the favourites England on home soil should have something to say about that! Australia has been through somewhat of a roller-coaster journey in the last year, while England hasn’t looked back since that disappointing 2015 World Cup campaign down under.

Out of the 5 South Asian teams, India is certainly in the midst for talk around favourites going into the World Cup. With Pakistan and Afghanistan rightly placed as teams to watch out for. Bangladesh and Sri Lanka not favoured by many in English conditions with both facing a somewhat drop-in form in their respective warm-up games. One thing is for sure, any South Asian team on their day is capable of turning the table and defying the odds.

If you cast your mind back to 2015, New Zealand and South Africa clashed in a stunning semi-final and are expected to be strong contenders for the top four yet again this year. South Africa will want to shrug off the tag of chokers, while New Zealand will want to capitalize on the balance of their team this time around.

This leaves the West Indies, the broken giants of the past who we suspect to be the dark horses of the tournament. The return of in-form players from the IPL like Chris Gayle, Evin Lewis and Andre Russel and a bunch of exciting young players led by Jason Holder, means the West Indies are very likely to exceed expectations this year.

The top five players to watch out for: 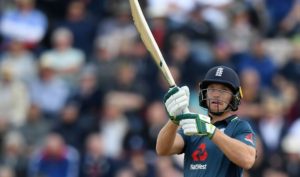 Virat Kohli – 41 ODI centuries in 219 innings with a stunning record of a hundred every 5.34 innings

Some other exciting players to keep an eye on this year are Rashid Khan, Jonny Bairstow, Jasprit Bumrah, Faf Du Plessis, Andre Russel, Hardik Pandya and newcomer Jofra Archer – all of whom come into the World Cup off the back of an incredible IPL season.

There are quite a few players who will be donning their national colours in a World Cup for the first time. Afghanistan’s 18-year old Mujeeb ur Rahman is the youngest player this World Cup and will definitely be worth watching. At 19, Shaheen Afridi is Pakistan’s youngest player who has already turned quite a few heads with his cricket abilities as well as his famous surname. However, it’s Kuldeep Yadav, 24; Lungi Ngidi, 23; and Tom Curran, 24; who are the youngsters to look out for this World Cup.

And finally, here are BatFast’s predictions for the World Cup: 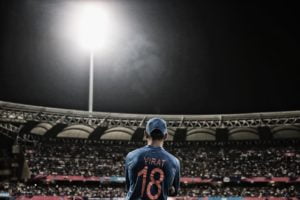 Player of the tournament: Virat Kohli

For The Thrill Of The Hit. BatFast. You’re In Next.