Sport and a cold pint to go with it – it’s as good as it gets! The United Kingdom is home to some of the world best sports teams and clubs as well as some of the best pubs. Put them together and you have some brilliant sport concept pubs.

Here we bring you the best sport concept pubs in the United Kingdom: 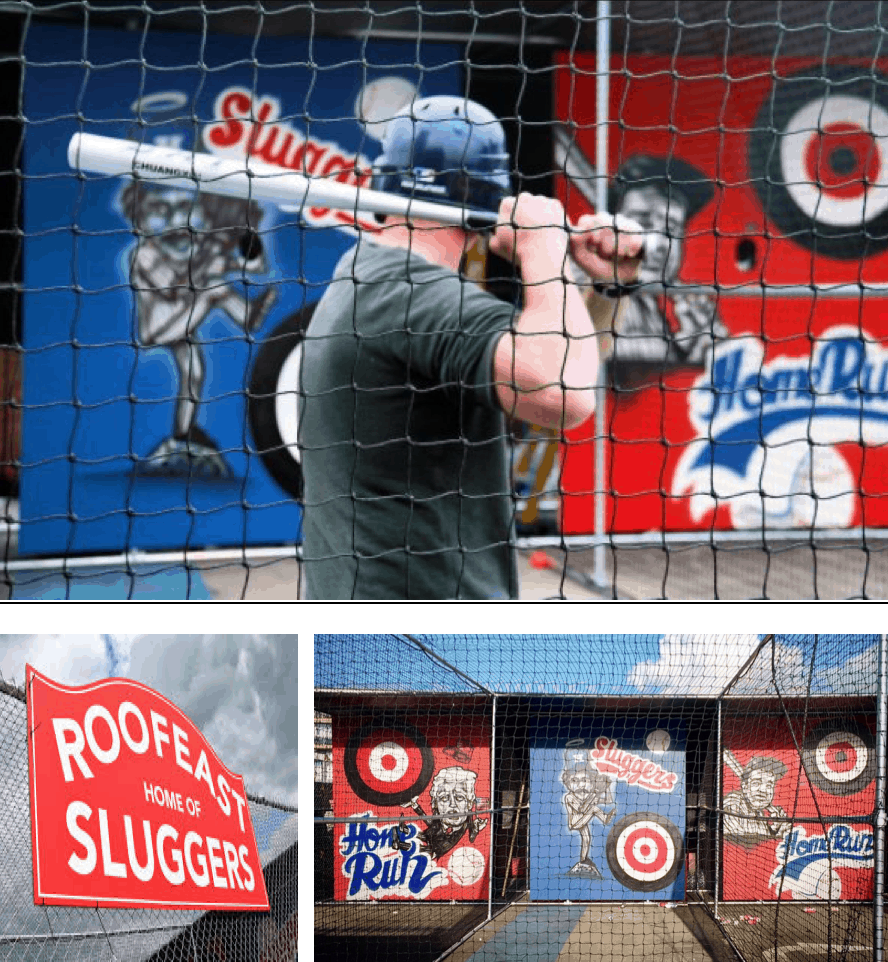 While this is not your traditional bar as such, Social fun and games club at Roof East is a perfect place for anyone who loves sport. While it opens up only during the summer of every year, it is a great place for you to hang out with your friends and family.

It was once upon a time a rooftop car park, which has now been converted into an entertainment club with lawn Bowls, Rooftop yoga, roller disco, Golf, a film club and the best of all, Sluggers – London’s only rooftop batting cage experience, powered by the simulators of BatFast.

A Pizza shack, BBQ club and bar round up the experience ensuring that all customers have a memorable experience.

This bar/café will take you back to the glory days of European football in the late 1900s when French and Italian football were at their best. With a brilliant ambience and a number of international visitors to catch a glance of their favourite teams, this bar is known for its diversity just as much as it is known for football.

With foosball tables and competitions among the regular visitors, it has a homely feeling for the customers.

Regular customers suggest that this place is a must visit during World Cup or Champions League games when the atmosphere is at it’s best. It’s a football fan’s paradise, but also serves some great cocktails to go with your sport. 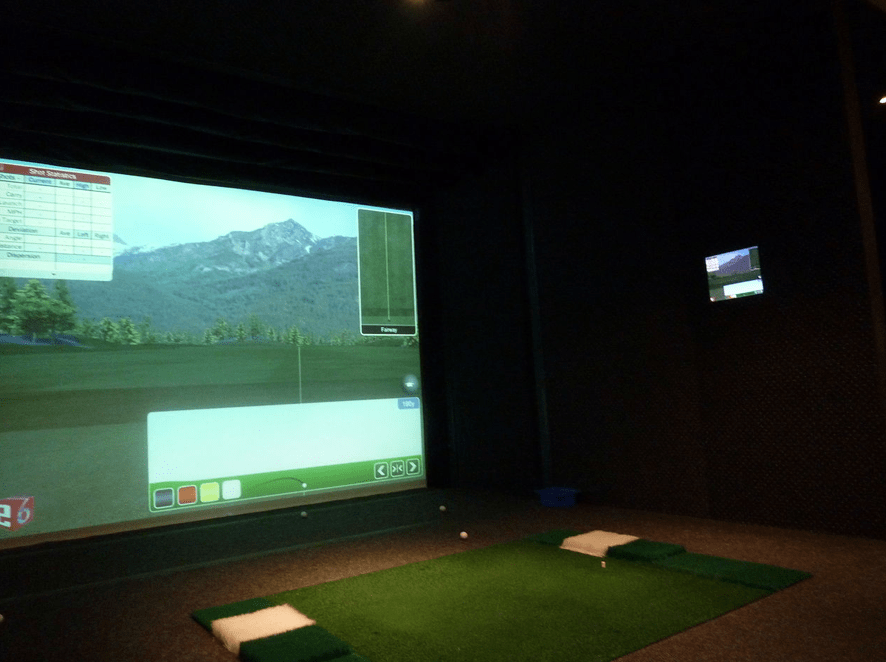 If you are a big fan of Golf, there is no place better than this in the country. With the best Golf simulators that can recreate over 60 Championship courses from around the globe, this bar is all about golf.

Urban Golf claim that they are the coolest clubhouse from around the world and also have some of the most accurate simulators. To add to the golf experience, they serve some fantastic craft beers, spirits and food.

Reviews from customers usually tend to be positive who say the Golf club is a great place to go to after work and unwind. They also host regular competitions which is a huge attraction among the regular customers.

Café football is almost part of the Old Trafford experience for many. The bar, situated in Stretford is a complete tribute to Manchester United and a paradise for any fans of the Red Devils.

It is very popular for it’s local craft beer among the regular visitors while it is packed with fans of Manchester United on the match days. They also have dishes names after their heroes. 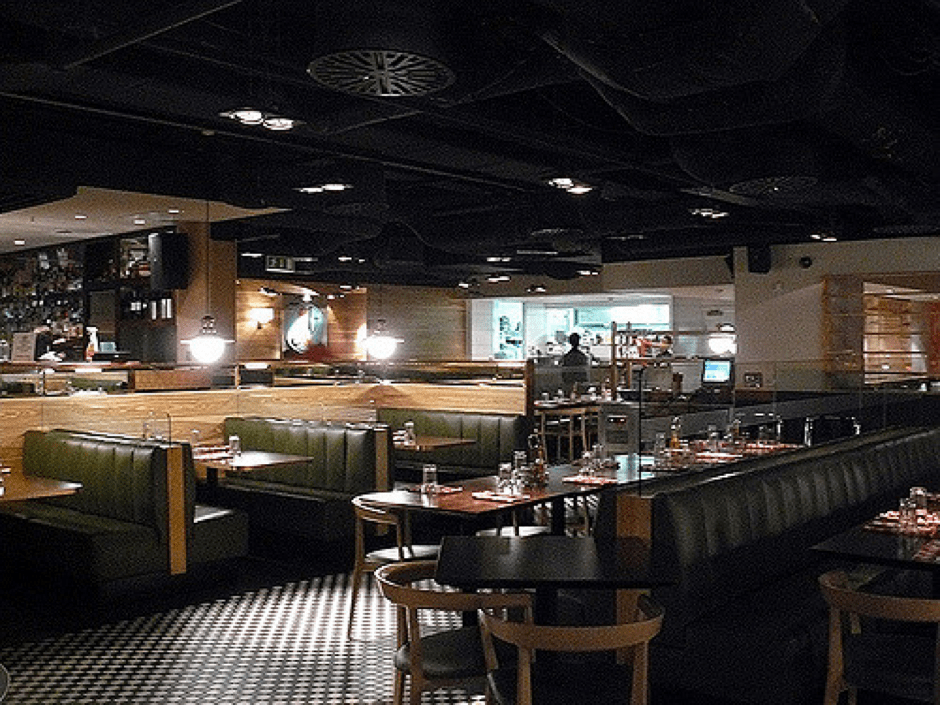 Bowling is a very common indoor sport that goes with a restaurant/bar. However, All Star Lanes, in Brick Lane, London takes it to the next level. It’s not your traditional spot for people to hangout after work, but a very well designed, posh experience for a great evening of food, drinks and Bowling.

While it is slightly on the pricier side, the quality of service, ambience and experience makes it a big hit among customers. There is also a healthy dose of competition among the regular visitors.

To complement the Bowling alley, they also have two full size American pool tables, a lounge area and karaoke booths that can accommodate up to 14 people. They are best known for throwing great parties. 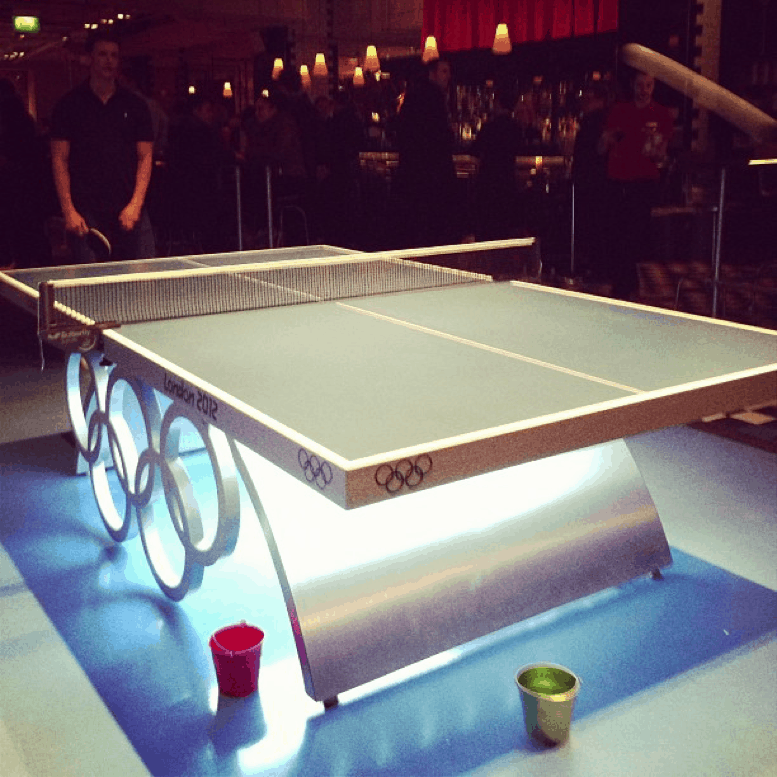 This one is for all the ping pong enthusiasts out there as Bounce state that the site that the bar was built on is the actual place that the game was invented.

Bounce is a well known for its wood-fired Pizzas and cocktails while the atmosphere could turn competitive. The restaurant is on a raised platform, such that the ping pong action on up to 17 tables is visible to everyone while they enjoy their meals.

Located in Shoreditch, Flight club is the home of darts in the neighbourhood. A large bar with a great atmosphere, flight club is usually the place to head to for everyone who would like a few games of darts with a tasty meal.

The sharing pizzas are very popular among customers while a wide range of games to suit everyone’s skill levels make it engaging for all.