Lashings All Stars dominated proceedings both with the bat and the ball, the highlight performer being Darren Maddy who scored a quickfire 77 of just 45 balls.  Despite the weather being off, Weston Super Mare CC fans turned out in large numbers and made the day really great.  Their players also put on a courageous fight in trying to chase down a large score posted by Lashings All Stars.  It proved a tad bit too much however, and they fell short by quite a distance. 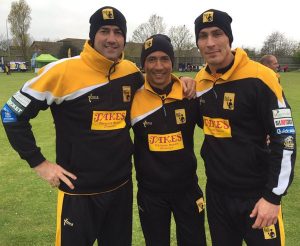 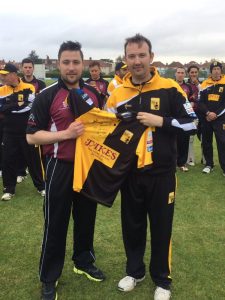 Weston Super Mare put on a very successful beer festival on the day and in conjunction with the Lashings put on a great day for all.  We were privileged to be involved on the day with many fans having a go at the BATFAST Cricket Simulator.

The pitch for the simulator was grassy and supported the bowlers but the batsman showed application playing the ball as late as possible.  It was great fun for our team to see how different batsman reacted to the overcast conditions and grassy pitch.

We wish Weston Super Mare CC all the very best for the season ahead and hope to see them back next year.